Tag: Adventures in the Wardrobe 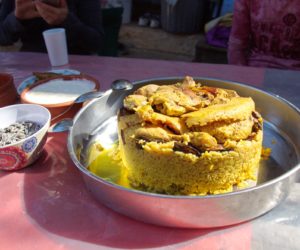 Recently, I was asked a if and how well written curriculum could result in relationships being developed between the teachers and students. I immediately answered yes, but had to think about the “how” part of the question. To properly explain how a good curriculum can aid in relationship building, I need you to think back to when you were in school. Think back to your […]

Greece is not Germany 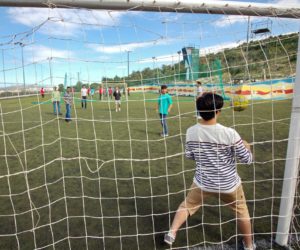 Greece is not Germany. Greeks are not Germans. 3 days is not 5 days. 50 students are not 30 students. These may seem like obvious statements, and they are, but these were the statements that were the tests for our TEFL curriculum during an English Easter camp near Athens. None of these were insurmountable, but they would present challenges. Before this camp, the curriculum had […]

Narnia at the Technology for Missions Contest

The Narnia project has been long in process and is one of the biggest projects eDOT has ever worked on, but I wouldn’t call it the most technological project we have ever done. When it was suggested that I enter it into the Technology for Missions (TFM) Contest at a techie conference (ICCM Europe) I thought, “sure why not?” Inside, though, I wasn’t that confident […]

This last blog in this series is going to leave the curriculum…kind of. The curriculum is the reason the kids come in the first place, but it isn’t necessarily why they come back year after year. No matter how good the curriculum is, it is essentially a vehicle to all the teachers and other leaders to connect with the kids. One of the benefits of working at […]

It is easy to get discouraged any time you teach 13-18 year olds. They are typically not the best group of people to look to if you are hoping for everything to be rainbows and fluffy bunnies. When this is your first teaching experience, it is too easy to get discouraged. Because of this, one of the jobs we all shared was to encourage the other teachers …no matter what! “No matter […]

The day had arrived. The time had come. Day 1 was happening whether we were ready or not. We were ready…kind of…I mean, I think we were. As an instructional designer and former teacher, it is often difficult to let my “baby” go and be taught by someone else. To relinquish control and let the teachers fail or succeed because of something I helped create […]

The first week with our teachers involved a lot of preparation. The teachers had received the curriculum prior to their arrival, but this was the first time they could sit down with their co-teacher, pick their activities, and figure out what they needed in order to teach the activity. To begin the week, we talked to the teachers and gave them the general run-down of how each day would […]

Adventures in the Wardrobe is designed to teach English language skills through the Chronicles of Narnia video series. Follow along as we share the experience of the first class to use the program. It had been months in the waiting. The curriculum was created specifically for this camp, and the time was now. The team was here and the curriculum was what it was. We hoped […]

Narnia and the Whole Team

The Narnia curriculum project started as a side project one day a week for one of eDOT’s members. Since then it has flourished and become something that the whole team is working on. In the beginning stages of the project we didn’t see it going much further than a one shot deal. We thought one curriculum would be made and we would be distributing that […]

Our Instructional Design team has recently teamed up an ESL (English as a Second Language) camp in Germany. eDOT’s role in this partnership has been to aide in the development of curriculum based off the third Chronicles of Narnia film, The Chronicles of Narnia: The Voyage of the Dawn Treader. Instructional Designer, Jacob, invites you to join him in his excitement over God’s work in this project. I’ve mentioned before that […]