Like Ria, many people aren’t sure how to understand the work of eDOT. A missionary working in technology can be a difficult concept to grasp. Such a role is not traditional, it is not focused on a specific people group or country, and in fact, it often doesn’t include face-to-face interaction in all. How can such group call themselves missionaries? How can such people be helping people and proclaiming the Good News from their desks? Read Ria’s thoughts: 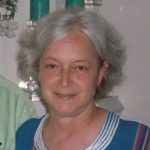 This summer I translated several job descriptions for [eDOT]. Until then I had sometimes wondered what these people were doing. I am not very educated in the modern digital world and always a bit suspicious of its becoming too dominant. And there are people who call themselves missionaries and do “nothing” but high tech digital stuff.

Therefore, I was totally caught by surprise when I read the job descriptions of these missionaries and what they are actually doing! It was as if God was opening a window and showing me a whole new world. I quite suddenly understood the purpose of their work. They find ways to bring the good news of Jesus Christ to people and areas that would otherwise be out of reach. And also to people in our countries who only “live” in a digital world and who would never pick up a book or go to an evangelistic meeting.

Now I thank God for people who follow God’s call to this modern times mission field. And I wonder how many more windows need to be opened for me to understand more of God’s work.

Surely our God works in ways that are both seen and unseen; He uses mouths and ears as well as eyes and screens. May we all, like Ria, willingly allow God to show us the creative ways in which He works in the hearts of the nations. No doubt we would all be encouraged by what is revealed.

Do you have a story of God using you and your gifts in a “non-traditional” way? We would love to hear it.
CC image courtesy of Blatant World  | Changes made